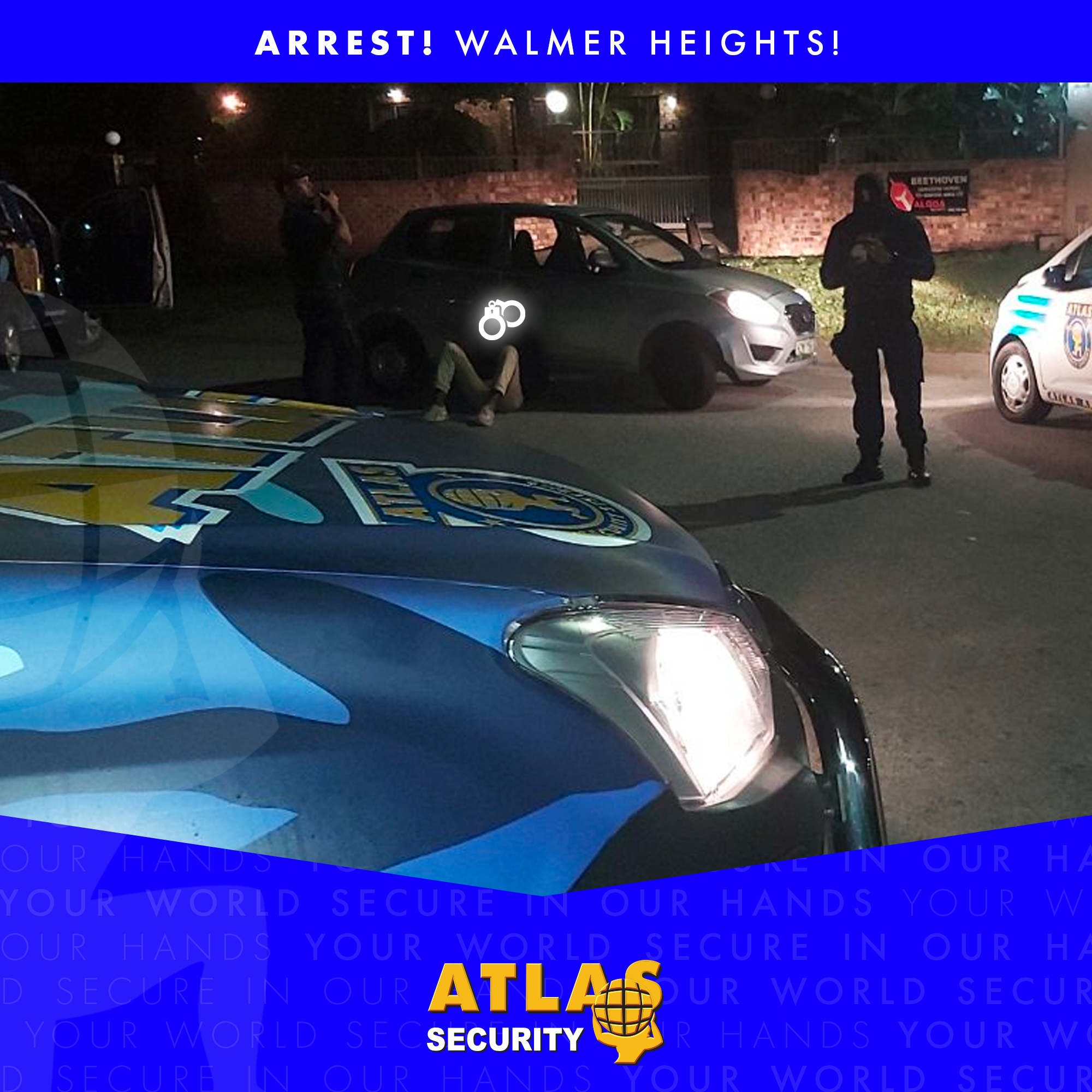 The first incident took place just after 10am Saturday morning, when a resident in Main Road Walmer pulled into her driveway. A suspect reached into the car and grabbed her handbag. After a short tug of war, the suspect was able to rip the bag from the resident’s grip and flee the scene.

Armed Response arrived on scene, took down all the information and began a search. A short while later the suspect was spotted and apprehended on the corner of 7th Avenue and Church Road. The handbag was recovered and all that was missing out of it was the victim’s cell phone. The suspect was handed over to the SAPS.

Later in the evening in Walmer Heights, Armed Response reacted to a signal when a suspect attempted to break in to a residence by trying to force the front door open. After an unsuccessful attempt coupled with a confrontation with the resident, the suspect realised it was time to make a run for it.
Armed Response arrived and began searching for the suspect, it wasn’t long before the Officer found the suspect and placed a pair of handcuffs on him. The suspect was handed over to the SAPS and the client suffered no losses.

The day didn’t end there, later Saturday evening three suspects entered a client’s property in Beethoven Avenue and stole a generator. Armed Response arrived and witnessed a getaway vehicle speeding away from the scene.
With backup arriving in no time, Armed Response managed to block the suspects vehicle on the corner of Beethoven Avenue and Schubert Road. One suspect was apprehended and handed over to the SAPS along with a large knife that was found in the vehicle.
Armed Response went back to the scene of the crime and recovered the stolen generator in a nearby bush.

Fast response from the largest Armed Response fleet in the area, with highly trained Armed Officers made it possible for our men to catch these criminals in very heated situations.

You have the chance for these heroes to be looking after your home as well, contact us now on 0861 585 585 to become part of the Atlas Security family. You can also email us on info@atlas24.co.za, send us a DM on Facebook, or fill in your details on the website and we will call you back.