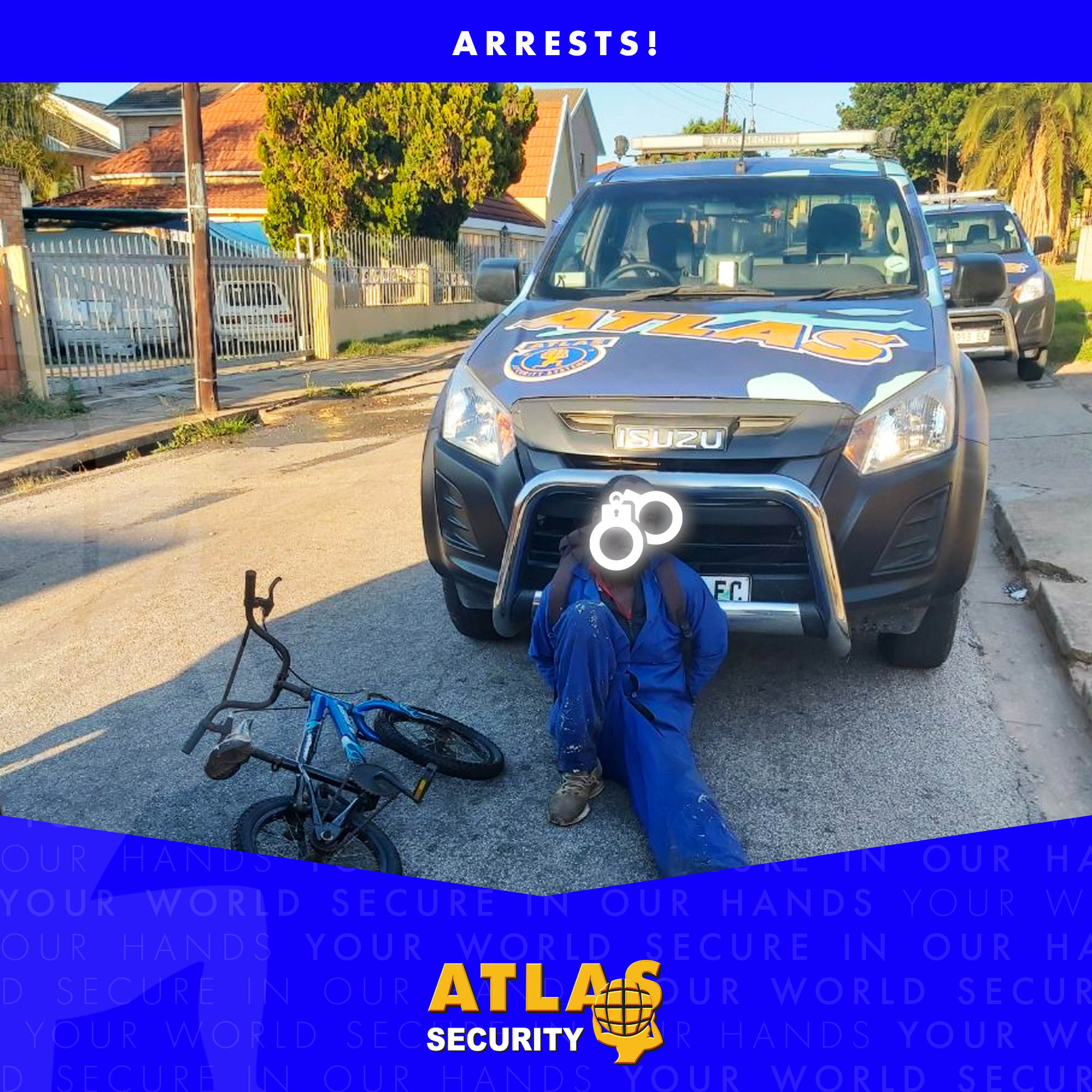 Two more suspects get a VIP trip in a SAPS vehicle…

The Atlas Security Control Room received an alert via a community group of a suspicious person with a child’s bicycle in Uitenhage. As all alerts on social media groups are recognised as emergency signals by Atlas Security, Armed Response was immediately dispatched to investigate.

In another incident that took place in Central, PE – a suspect attempted to steal copper piping, but the community were having none of it. The suspect was caught by members of the public, and Armed Response arrived to assist in detaining the suspect before he was handed over to the SAPS.