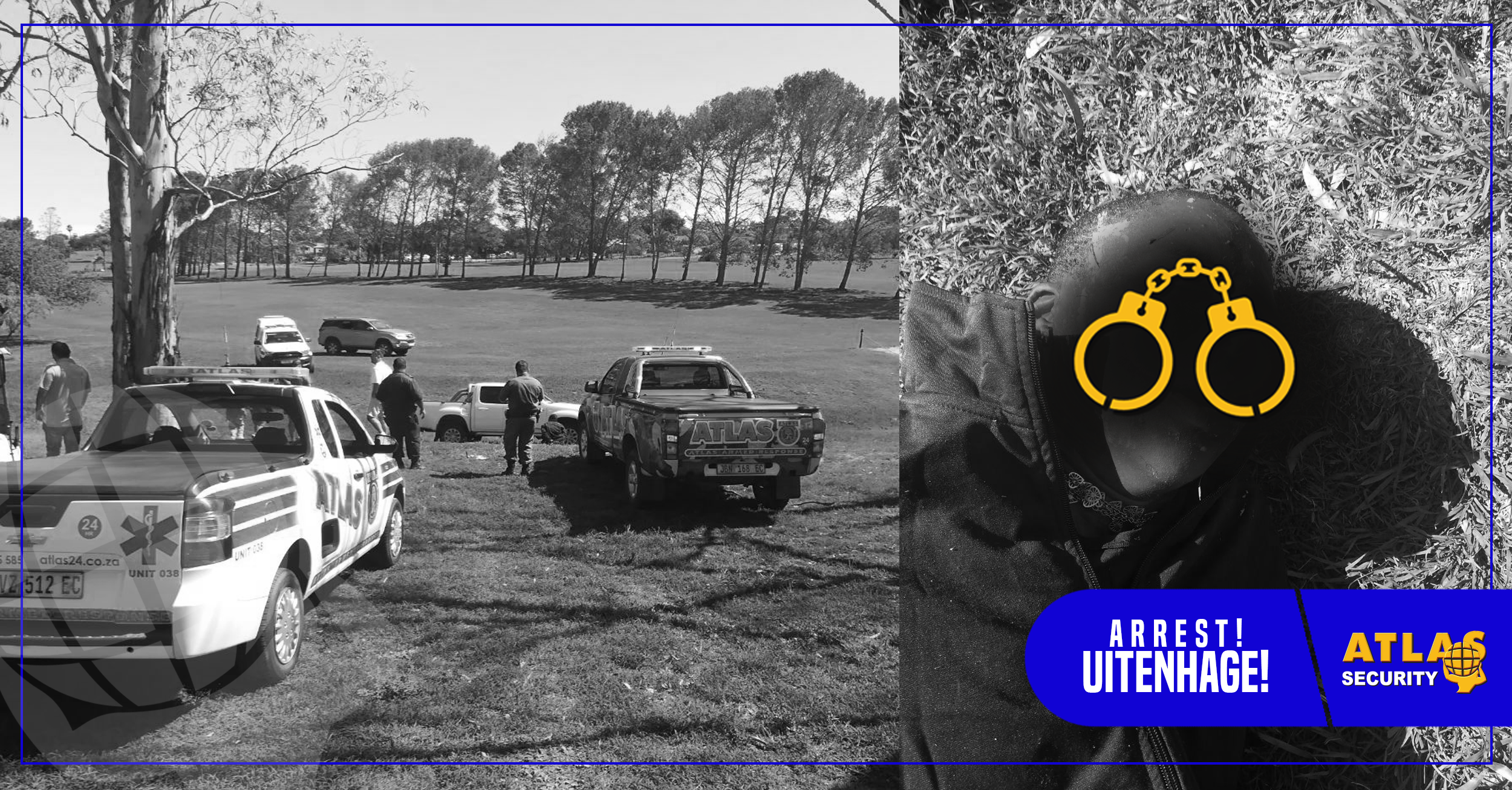 Atlas Security was alerted to a Uitenhage resident’s home being burgled. The resident arrived home and was told by neighbours that there were individuals in the property. It is believed that the suspects had entered the property earlier in the day and ransacked it.

One suspect fled the property out the back and another out the front. The one suspect was apprehended by SAPS and the other by Atlas Security Armed Response Officers on a nearby field. Both suspects had goods in their possession.

We would like to thank SAPS for their swift response and great team work, and the community for their alertness.

Having an alarm system, and arming it, is one of the biggest deterrents for such incidents, give us a call for more information on the various products Atlas Security offers.