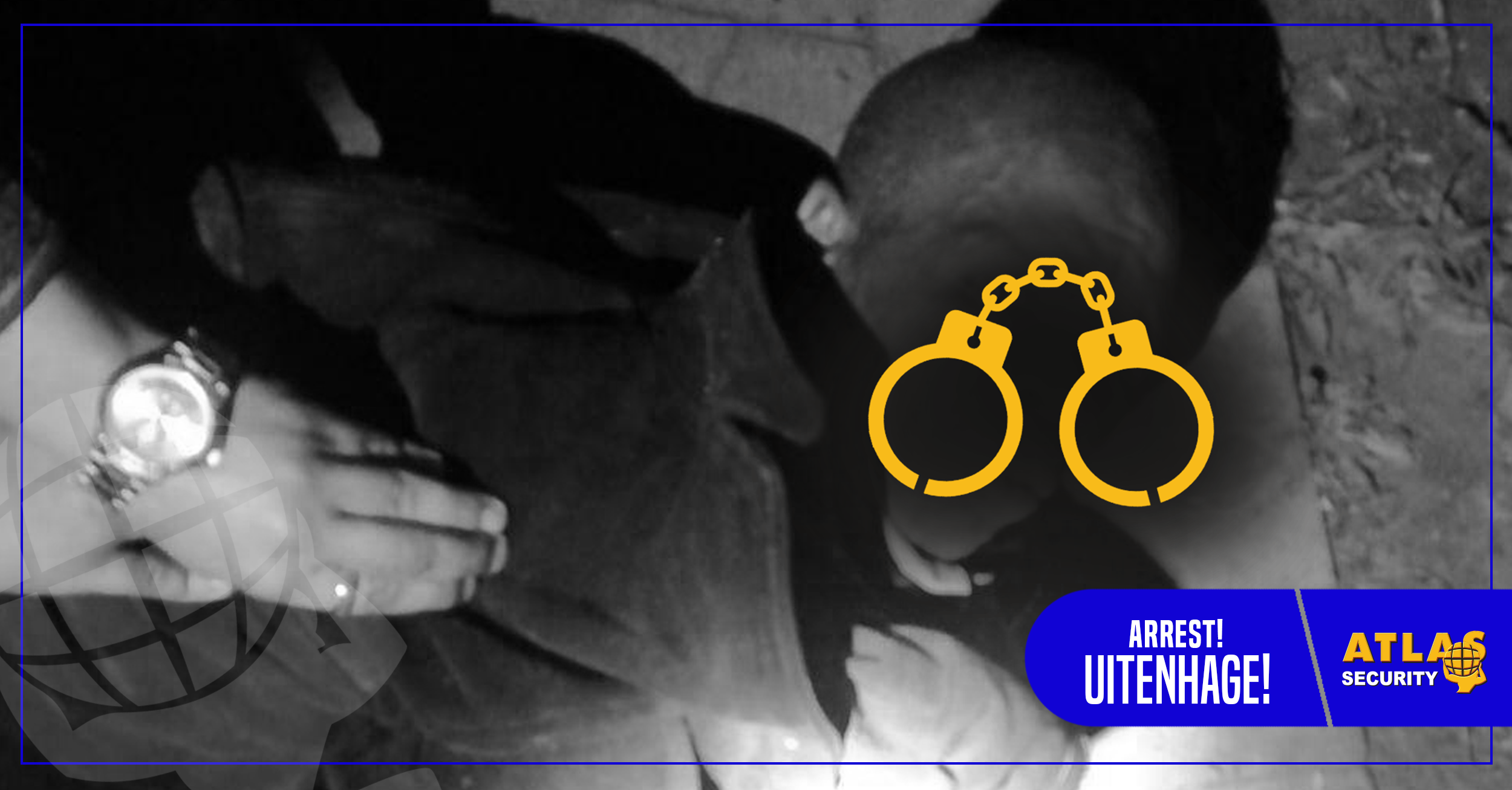 An alleged Uitenhage Housebreaker was arrested by an Atlas Security Armed Response Officer, following fast response after a resident informed our control room that there was an intruder in his yard.

Atlas Security’s Operations Manager, Monty Montgomery says “The armed officers responded to the scene following information that a burglary was in progress, when the officers arrived on the scene they found that an intruder had gained access onto the property”. In a bid to evade arrest the suspect attempted to flee by our armed response officers swooped in on him and arrested the suspect.

The suspect had in his possession car parts, a vacuum and garden equipment. All the stolen goods were recovered by our armed response officers.

The SAPS were alerted to the scene and took the suspect for further profiling.