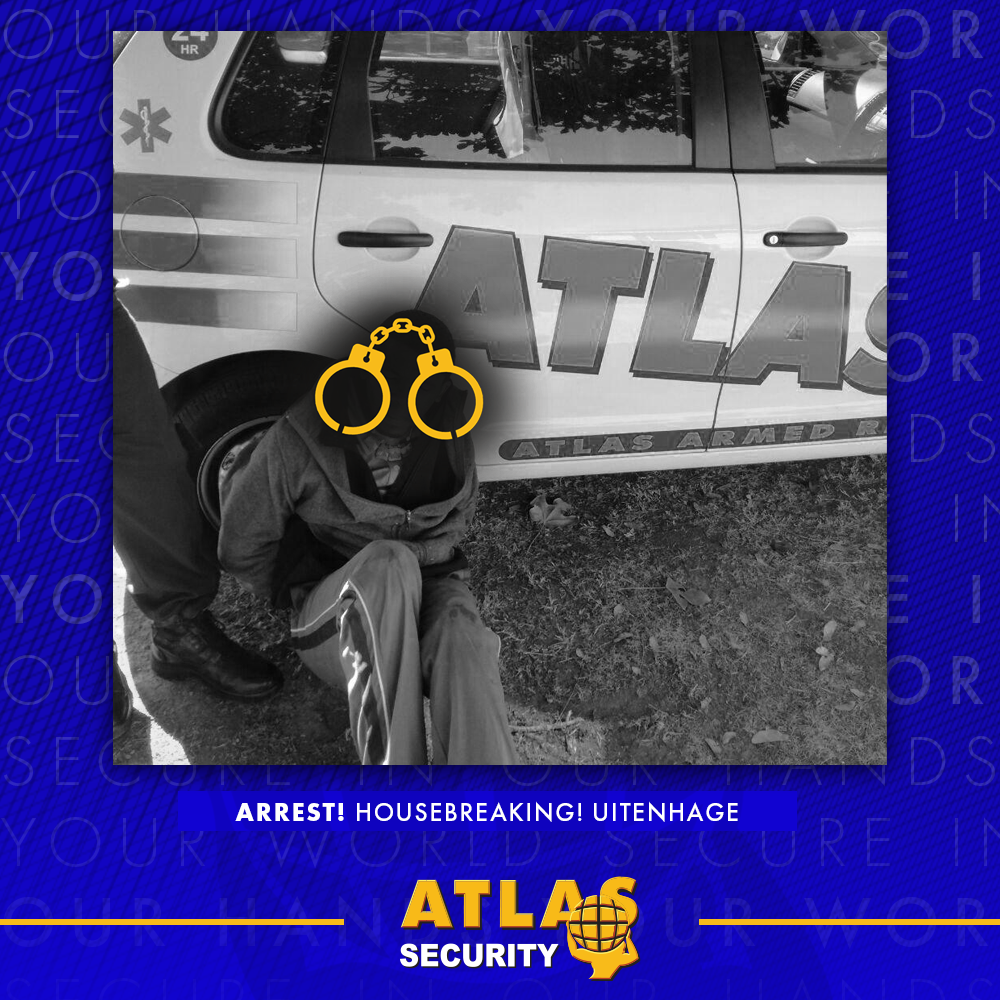 The quick thinking officer knew that as a result of his fast response to the scene, the suspect or suspects couldn’t be too far. He immediately started swooping through the area and spotted a male hiding under a tree. Atlas Security Armed Response Officer instructed that he stay down and cuffed the alleged housebreaker. The client arrived on scene and opened up a case with the SAPS for housebreaking.

Atlas Security Operations Manager, Monty Montgomery commended the officer for his swift response to the scene, from alarm signal to fast response lead to an arrest and no loss to the client. We urge residents to also work closely with us and the police by laying charges against suspects when they are arrested as this will hopefully deter them from committing more serious crimes down the line