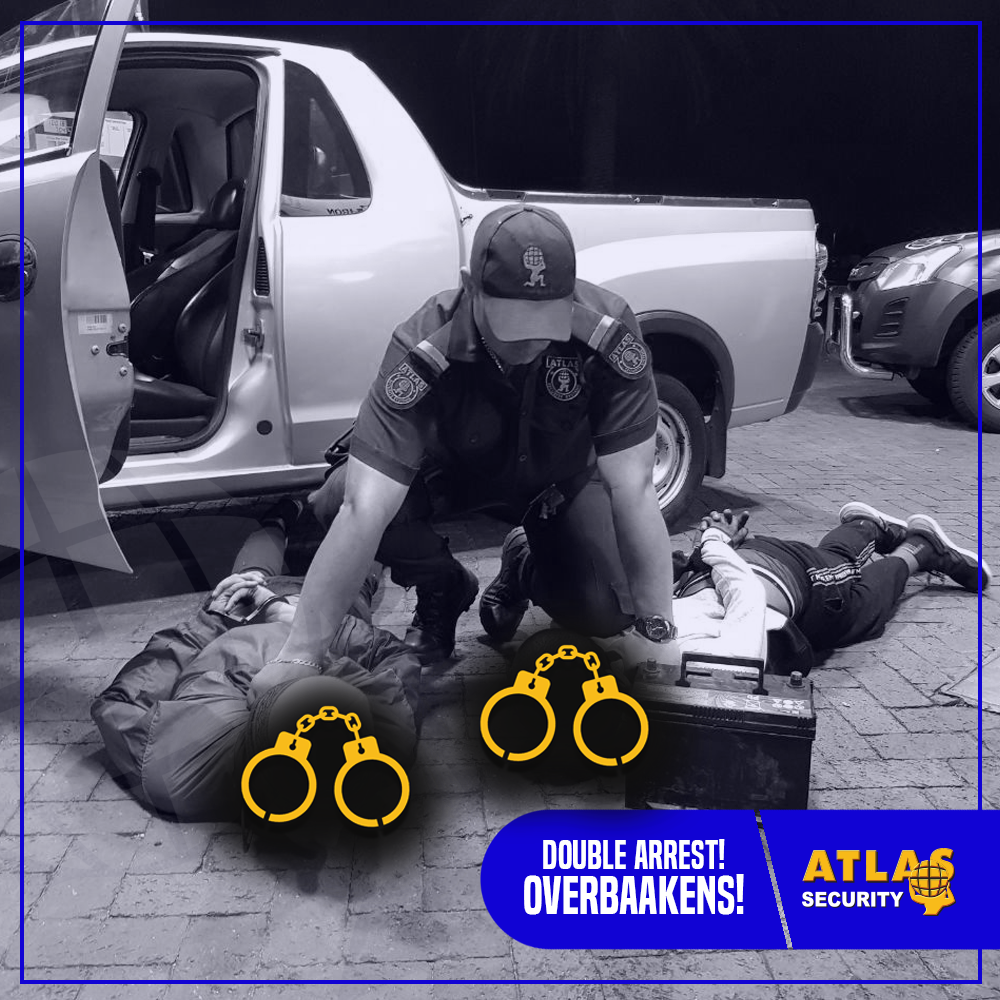 Vehicle thieves caught in the act!

In the early hours of the morning Atlas Security Armed Response Officer B14, while on patrol, spotted a vehicle and two individuals. They were parked next to a stationary truck, using a torch around the truck. After driving past, the Armed Response Officer decided to turn around further down the road. The Officer drove towards them – lights switched off.

When the individuals spotted the Atlas Security Vehicle they jumped into their vehicle and sped off. A chase ensued and B14 caught up with them at a nearby service station. With the back-up of Atlas Security Armed Response Officer B91 they proceeded to apprehend the suspects. The one suspect however fled into nearby bushes and B14 once again gave chase – the suspect was caught – B14 sustained minor injuries in the struggle.

The suspects were found with goods stolen from the vehicle in their possession and have been handed over to the SAPS – they are believed to be linked to other crimes.

B14 did not immediately want to go to the IOD as he felt the pressures of loadshedding on clients and the number of alarms requiring his attention were too great for him to be out of action! (We made him go 😉) Well done to B14 and B91 for their fast thinking and brave actions!