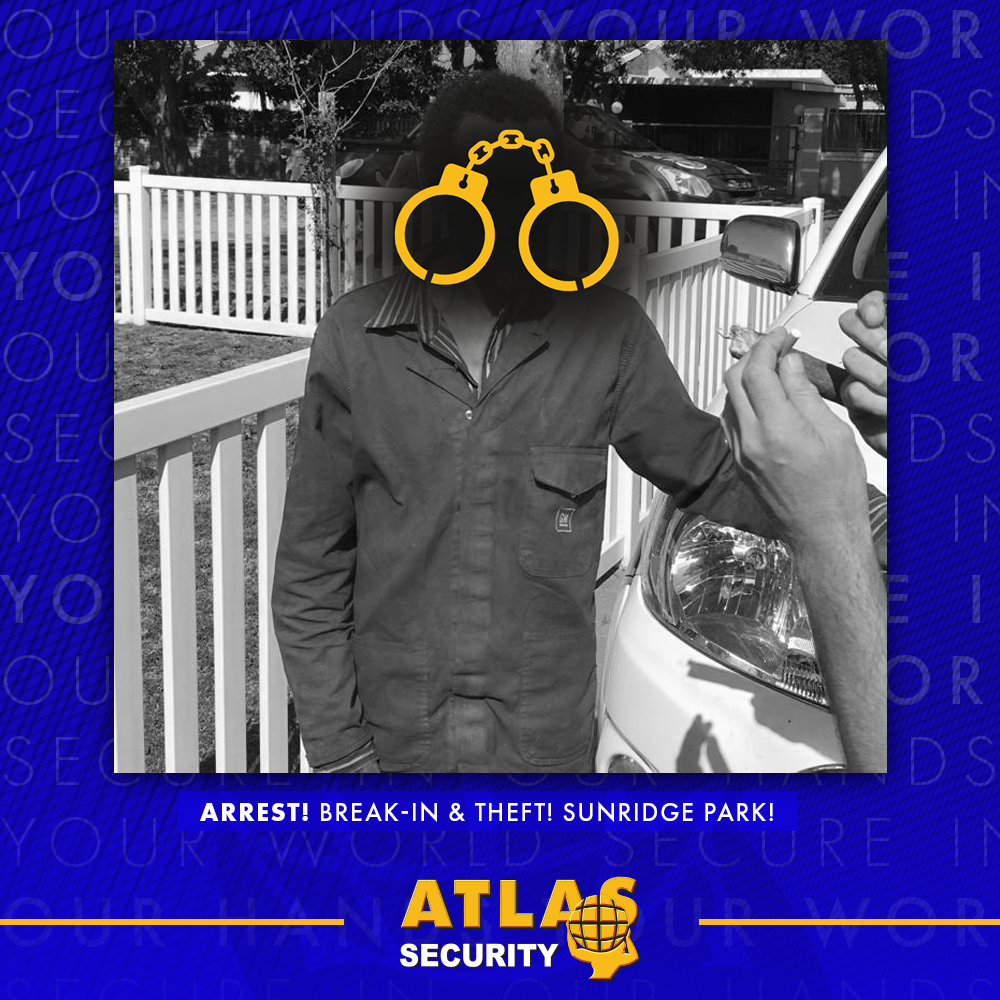 Proactive policing by an Atlas Security Armed Response Officer led to the arrest of an alleged thief in a Sunridge Park home yesterday.

Atlas Security Operations Manager, Monty Montgomery said the officer was patrolling the neighbourhood in the vicinity of Canna and Aster when he spotted an individual riding a mountain bike past him, when the individual noticed that the Armed Response Officer was watching him, he got off the mountain bike and walked away. Atlas Security Armed Response Officer, B150 approached the individual and questioned him about the bicycle, which he claimed he found in the bushes. The individual was unable to show our officer where he found the bike.

Officer B150 took to the local Neighbourhood Watch WhatsApp Group and circulated the photo, in the hopes that a resident would be able to identify it. A few minutes later, a resident responded on the WhatsApp group and met up with our officer. When the resident left his home he noticed that the garage roller door was forced open and his bicycle was missing. He identified the mountain bike and Atlas Security Armed Response Officer, B150 arrested the suspect.

Atlas Security DPS (Dedicated Patrol service) areas have consistently proven to be an effective crime deterrent due to the fast response times and continuous presence, with additional security layers in the form of a wide spread CCTV infrastructure. Furthermore in instances such as this the continued presence of Atlas Security DPS vehicles after any incident, has proven effective in apprehending suspects.