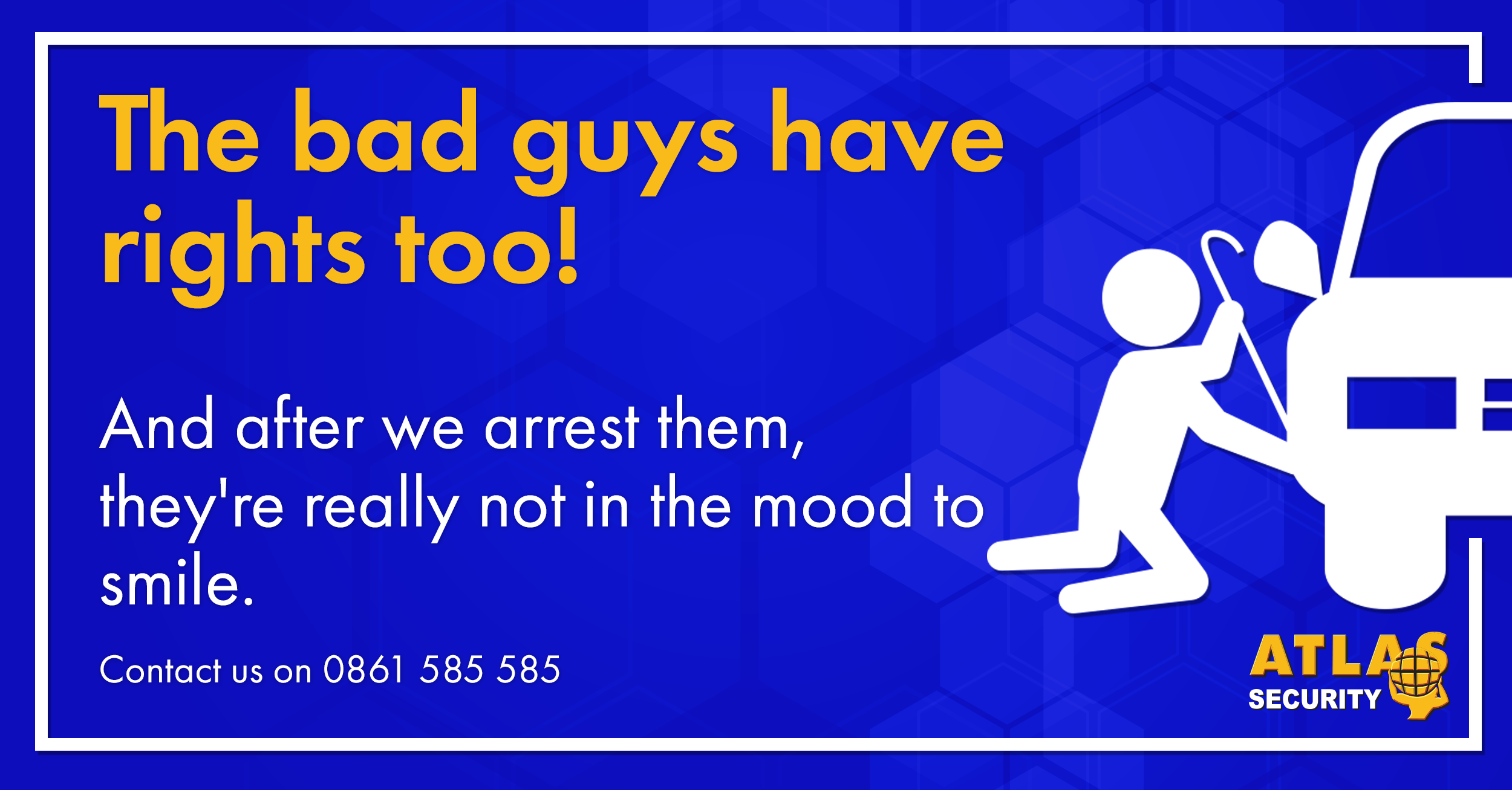 We very often get asked, why do we blur the suspects faces on our Facebook page and website. The public often feel it’s our responsibility to circulate images of suspects, to protect themselves and to also make the suspects known. The reality, is the bad guys have rights too.

When carrying through with an arrest is only the first step we need to do what we can to try and secure a conviction as well.

We need to be aware and consider if publishing suspects face on Social Media is helping or actually hindering a successful prosecution.

There are certain rules and procedures that need to be adhered to when handling situations regarding perpetrators/suspects, their identity, the victim and the crime.

According to Section 69 of the South African Police Services Act, “No person may without the written consent of the National Provincial Commissioner, publish a photograph or sketch of a person who is suspected of having committed an offence and who is in custody…”. It goes on to state that “any person who publishes such a photograph shall be guilty of an offence and liable on conviction to a fine or to imprisonment for a period not exceeding 12 months”.

For the purposes of this section –

‘photograph’ includes any picture, visually perceptible image, depiction or any other similar representation of the person concerned; and

‘publish’, in relation to a photograph or sketch, includes to exhibit, show, televise, represent or reproduce.

No person may, without the written permission of the National or Provincial Commissioner, publish a photograph or sketch of a person –

The Criminal Procedure Act, Section 154 (2)(b) stipulates that: – “No person shall at any stage before the appearance of an accused in a court upon any charge referred to in section 153 (3) or at any stage after such appearance but before the accused has pleaded to the charge, publish in any manner whatever any information relating to the charge in question”.

In respect of the accused, the South African Police Services Standing Order stipulates that details of the accused may only be released after his/her appearance at Court. However, if the crime is of a sexual nature and involves person/s related to the victim, the identity of the accused person/s shall not be published even after he/she has appeared before Court.

Secondly, it can interfere with the investigation and successful prosecution

Where the evidence/information about a crime has been released on social media it could potentially taint the evidence.  For example, if a witness needs to identify an accused in an identity parade.  It could be argued by the defence that the witness has been tainted by seeing the accused face in the media and the accused is only pointed out due to his face appearing on social media and not from recognising him from the scene and that the court should not place weight on the identification.

It is also worth remembering that social media is accessible to the public and is viewed by everyone. This includes the suspects themselves. We are aware that suspects do regularly view the social media feeds of security companies, neighbourhood watches, CPF’s, for information. It can be a source of frustration when the community, be it with a good intention, misguidedly publicise information about crimes including putting up photographs and videos of vehicles used. As soon as the suspects become aware that the vehicle they are using is known, they will immediately change their vehicles or registration plate, making it more difficult to arrest them or tipping them off that their identity is known to allow them to flee before an arrest is made