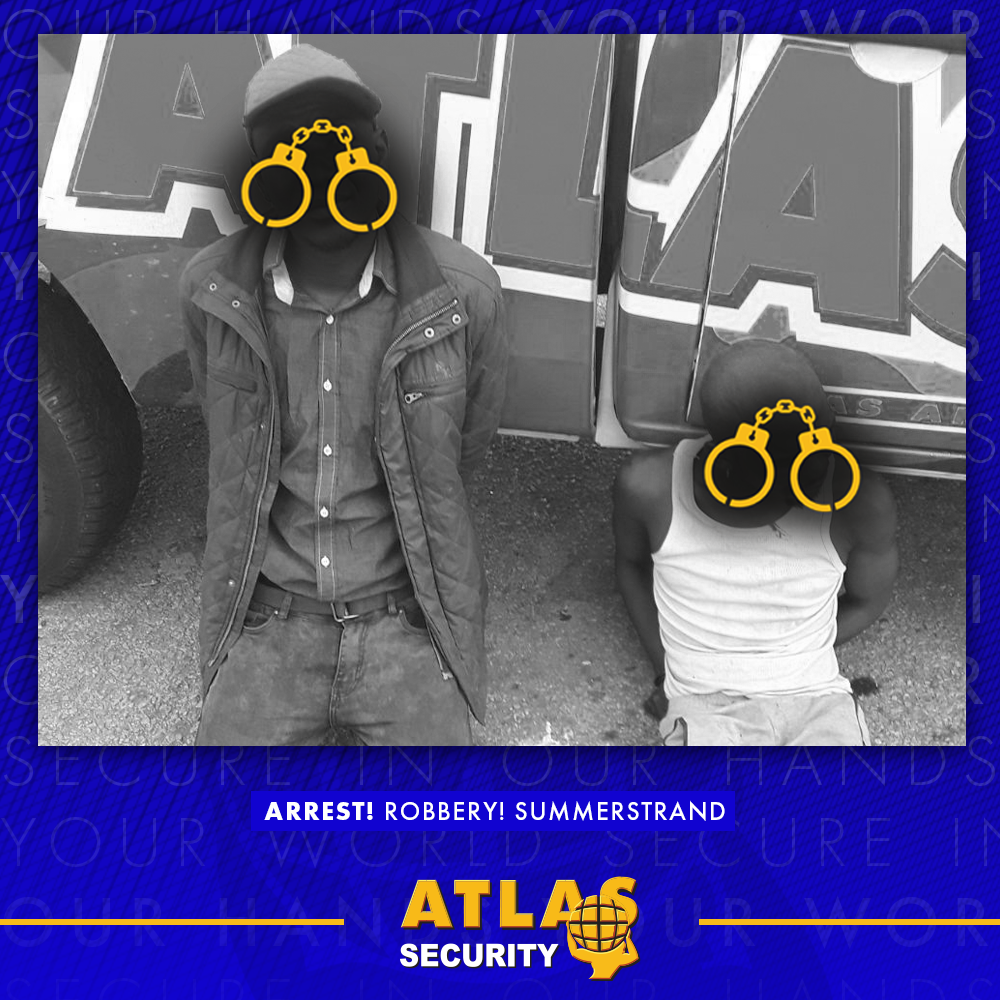 While our national team gave us the Webb Ellis Cup, our Armed Response Officers struck a few moments of gold.
On Saturday afternoon Atlas Security Armed Response Officer, B130 arrested a suspect inside a client’s yard in Lorraine for trespassing, later in the evening our control room received a message via our Rowallan Park 911 WhatsApp Group that there was a break-in in progress. Our team immediately responded and found a suspect inside the building. He was arrested and the SAPS took the suspect away, it was later ascertained that the suspect has a case pending against him for a house break-in

On Sunday, while responding to an alarm activation in North End, Atlas Security Armed Response Officer, B17 noticed an abandoned vehicle. He contacted our control room who tested the registration number, it was tested positive as being hijacked earlier in the morning. The Mount Road SAPS took the vehicle to assist them in their investigation.

During the early hours of Monday morning, Atlas Security Armed Response Officer, B153 was flagged down by a member of the public to inform him that he was just robbed by two men armed with a knife in Strandfontein, Summerstrand. The Armed Response Officer gathered all information and a description of the suspects, he called for back-up and a search began. Minutes later both suspects were found hiding behind bushes. In their possession was a knife and the cellphone which was stolen, and confirmed by the victim to have been his.

We commend the Armed Response Officers whose vigilance and quick action ended up in such positive results in terms of these arrests this weekend. We urge all members of the community to get involved in the fight against crime. Being eyes and ears on the ground, is a vital role that residents of any age can play in providing us and the police with the intelligence we need to thwart criminals in their tracks.