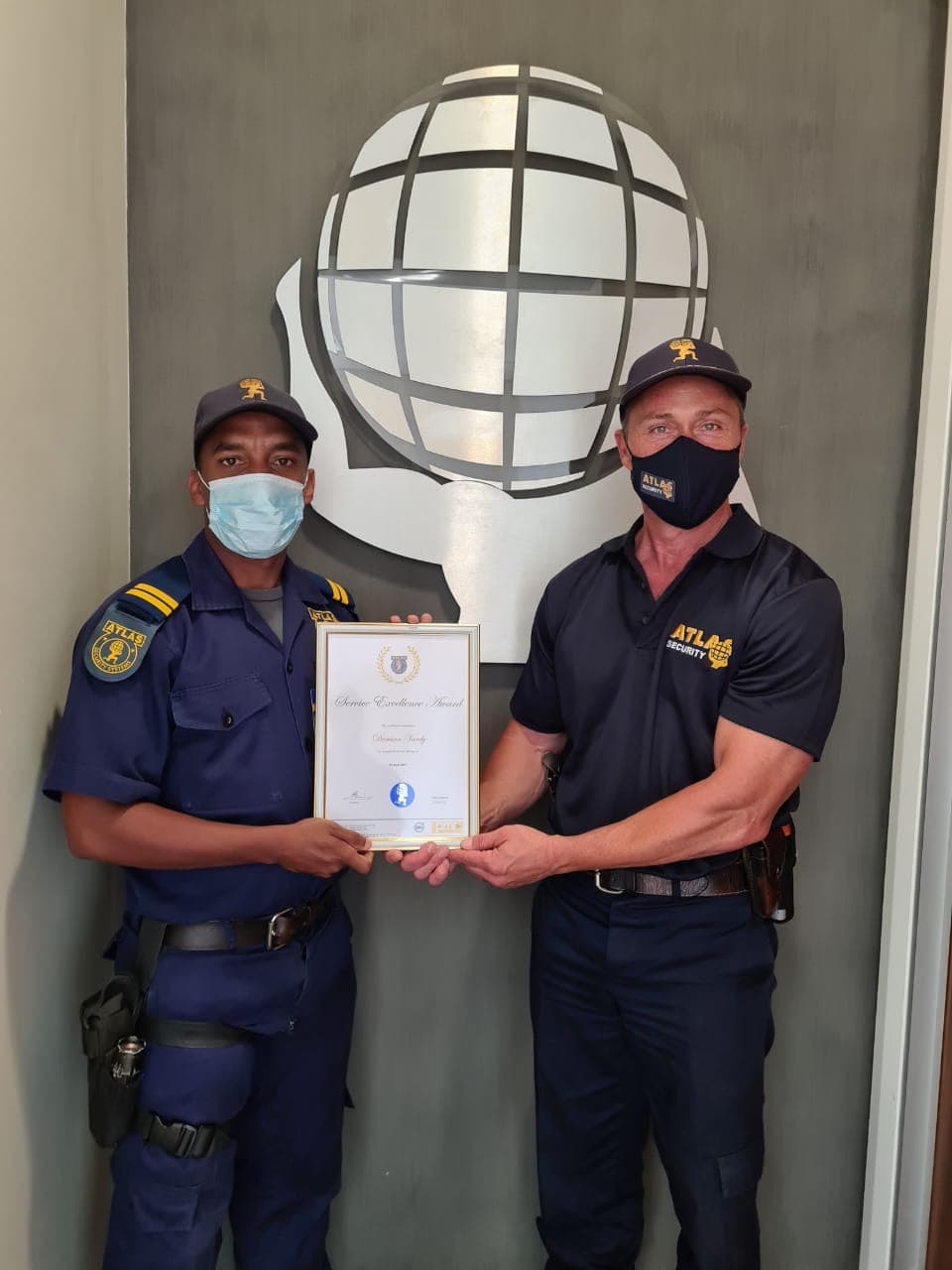 Your Heroes, Our Champions

We are privileged to once again be able to recognise exceptional work done by the people that protect you and your loved ones. Our people do incredible things on a daily basis, but there are incredible moments that stand out and those moments need to be rewarded.

The Bravery Award and the Service Excellence Award were handed over to two deserved Armed Response Officers, as they put their skills and training to the test in the highest stress situations that Officers face, namely a House Robbery resulting in a shootout as well as a critical medical emergency.

B135 received the Service Excellence Award for being outstanding in taking control of a critical medical emergency in Summerstrand. B135 arrived on scene to find the patient unresponsive, as she was potentially having a heart attack. His medical training kicked in as he took control of the scene before resuscitating the patient by performing CPR. He monitored the patient until Gardmed arrived and took over. Sadly, the patient passed away in hospital later that day, but the actions of B135 gave her, and her family, a second chance in her fight for life.

The Bravery Award was handed to B89 after risking his life for the community that he serves. After a house robbery in Ben Kamma, the suspects fled with the victim’s vehicle and all units were alerted to keep a lookout for the vehicle. B89 found the suspects in Walmer and gave chase until the suspects crashed into a residence in Victoria Drive. The suspects then opened fire on the chasing officer, but instead of turning around and fleeing, the tactical training kicked in. The elements made it very difficult as the early morning darkness hid the criminals, but B89 was not prepared to run away. He gained cover and returned fire, causing the suspects to flee. All the stolen items from the house robbery were recovered, and the scene was handed over to the SAPS.

There are very few words that can express the pride that we have in these gentlemen for their actions, so these awards are a token of appreciation not only from the Atlas Security team, but also from the people that they serve on a daily basis.